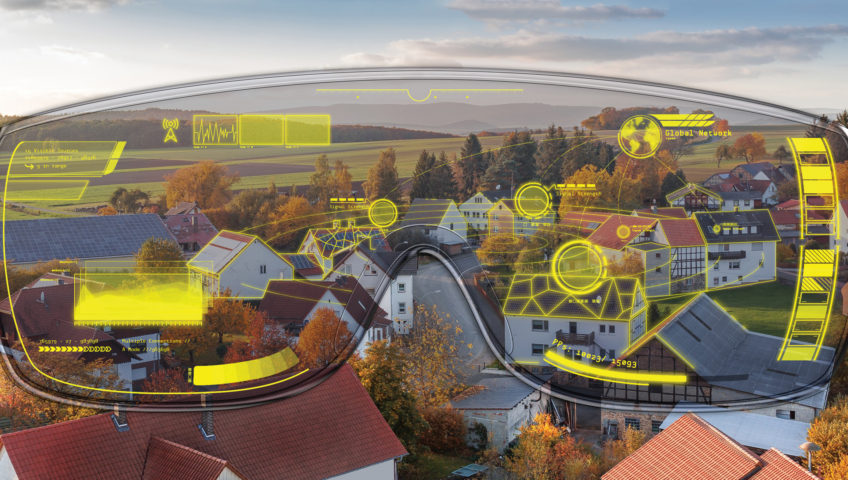 A utility field technician’s day is filled with frequent stopping and starting to access and assess the distribution system—and the utility bears the burden of what happens when resources get stretched too thin. How can it make sure that the right data is available to the right person, in the right format and at the right time and place in order for the insights from that data to provide practical value? One way is to bring augmented reality (AR) tools to the utility’s field force. By equipping field personnel with AR tools, utilities can streamline things like asset health assessments, service documentation review, repair requirement summaries, repair qualification activities, work order prioritization, location routing and more.

One example of using AR to improve efficiencies is demonstrated in a 2017 proof of concept between the Electric Power Research Institute (EPRI) and Duke Energy which tested the use of augmented reality in assessing storm damage. In the project, field workers wore a heads-up display (HUD) units incorporating a monocular screen that provided key information to keep assessments accurate and consistent. This screen overlaid information on the user’s field of view, enhancing their capability to real-time visualize actionable date on that subject matter at hand. The field crews were very positive about their experience and Duke Energy calculated that for a typical, 4-day outage impacting 250,000 customers, using AR would save around 12 hours of restoration time—or $8.25M for customers with an average power consumption of 900kWh per month.

Another way AR could be used is for general servicing and repair. Augmented reality would be able to overlay key performance data into the field of vision for a service technician allowing him or her to immediately assess the health of an asset. For example, being able to see the load, temperature and oil level of a transformer simply by looking up at it with an AR device would expedite identification of any issues. This AR capability would instantly allow a field technician to prioritize service actions against multiple assets within their field of view, all without opening, powering and inquiring using traditional keyboard centric field devices.

It’s important to note, according to EPRI’s 2018 literature review of human factors issues in the Electric Power Industry, there is still a shortage of human factors and occupational safety research for AR devices. Therefore, guidelines for the appropriate amount of time for safe and effective AR usage are lacking. This being true, as the technology progresses and electric utilities continue to experiment with using it more information will become available and, similar to other adjacent markets, we anticipate pick-up in adoption of this exciting user interface methodology. 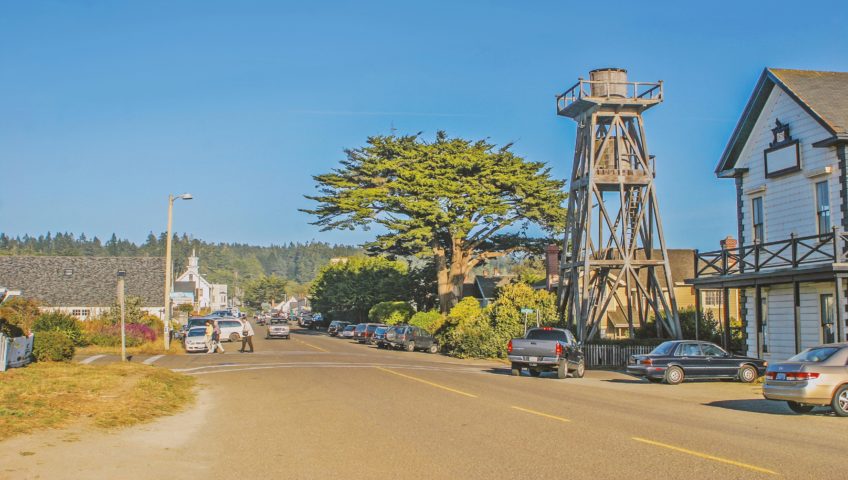 Last summer, our team wrote about the Digital Divide and how the Internet can empower and propel emerging markets. While we’ve seen some progress on connectivity solutions in the past year, there is still a way to go—and it’s not just emerging markets that would benefit from more affordable, reliable internet access. According to the Federal Communications Commission (FCC), 34 million people in the U.S. lack access to broadband internet—23 million of those people are rural Americans. And while an increasing number of schools have high-speed connections, approximately 41 percent of schools (47 percent of American students), lack the connectivity to meet the FCC’s short-term goal of 100 Mbps per 1,000 students/staff.

As with emerging markets, rural Americans would benefit from reliable, affordable broadband access. State and local officials see broadband access as essential for economic development, access to educational opportunities and access to “telemedicine” so that rural patients can use the Internet to consult with medical specialists in urban areas.

The main obstacle to broadband access in rural America is cost—that’s where the Delta Smart Grid Network™ (DSGN™) comes in. As a pioneering 2.4 GHz and 5GHz Wi-Fi-based wireless wide area network (WWAN) that reduces the need for telecommunications infrastructure build-out, the DSGN™ delivers broadband Internet to the populations served by its utility customers, while also creating opportunities for IoT engagement and monetization by its telecommunications partners and OEMs. This leveraging of the electrical grid and the providing of a sufficient return on investment to electrical utilities and associated partners entices the private sector to get involved, thus overcoming cost obstacles and enabling consumers of electricity to have broadband Internet access. 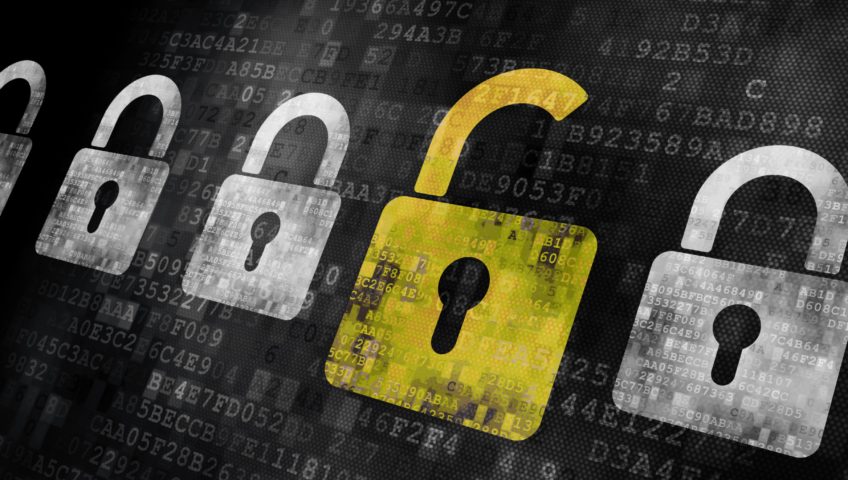 Cybersecurity for the Next Generation Smart Grid

Increased connectivity enabled by the smart grid is driving significant benefits in the form of improved quality of service and operational efficiencies, but it’s also opening up the doors for greater cybersecurity risks for utilities.

Those risks are increasingly top of mind for utility executives around the world. In fact, according to a recent report from Accenture, almost two-thirds (63 percent) of utility executives believe their country faces at least a moderate risk of electricity supply interruption from a cyber attack on electric distribution grids in the next five years. This figure rises to 76 percent for North American utility executives alone.

In this modern day digital landscape, ensuring full security and resiliency of the smart grid is a growing challenge – particularly given the explosion of the Internet of Things (IoT) and the wide variety of devices and products that are now vulnerable to attackers. At the same time, utilities require technologies that support an increasing variety of electrical services and applications, but many of those technologies – such as 802.15.4g, Zigbee (6LoWPAN), and Broadband over Power Line (BPL) – have latency issues, limited scalability, in some cases low bandwidth and other limitations, making them difficult to administer, monitor and maintain.

Whether it’s interruptions to the power supply from cyberattacks, or a physical threat to the distribution grid, only 6 percent of utility executives feel extremely well-prepared when it comes to restoring normal grid operations following a cyberattack. So, how can utilities boost their confidence and ensure their security measures are meeting the needs of the rapidly-changing digital landscape and the next generation smart grid? To maximize the full capability of the grid, utilities must invest in effective response and recovery capabilities, as well as the overall resilience of the grid.

As the combination of physical and cyber threats continues to grow, we at Delta are leading the charge to prepare utilities to strengthen their resiliency and bolster their responsiveness with the next generation smart grid.

Click here to learn more about the DSGN™, and share your thoughts and questions with us here. 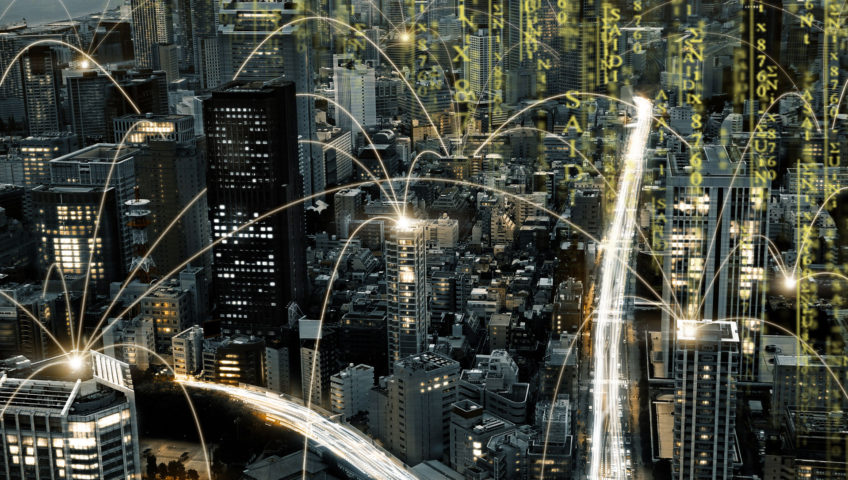 Charting a Course for the Next Generation Smart Grid

More than a century of development has established the foundation for a safe and reliable electric grid. But, our increasingly digital landscape and world of connected devices has demanded even further innovation to reach that next generation of the grid: the smart grid. So, while we are empowered more than ever before with the data and knowledge to improve the world around us, outdated energy infrastructure and old technologies are essentially holding the world back.

Advancement to the next generation smart grid is a critical next step for our current systems to better communicate and work together efficiently. That means establishing a reliable and stable communications network that leverages analytics while also providing a wireless, secure and mesh-enabled environment.

That’s where Delta comes in, and we’re already proving to be a disruptor in the industry. I founded this company fully aware of some of the current challenges facing the energy sector, but confident that great strides could be made to channel some of these exciting innovations happening all around us in this digital age – and we’ve done just that.

With our Delta Smart Grid Network (DSGN™), we are making those great strides and charting a new course for the next generation smart grid. Not only are we providing utilities with the tools needed to keep pace, but our technology can bring connectivity to millions around the world—especially those in developing countries who need it most.

That’s a significant motivator for us here at Delta and one of several reasons why we are passionate about what we do. The implementation of ground-breaking technologies like ours can empower underserved populations to better their future, and allow those emerging markets to grow and prosper.

Together with our customers, we are realizing the potential of a smarter grid and empowering them to tap into the innovation opportunities that surround us. In doing so, we see a bright future for utility operations and each of the communities that they serve. 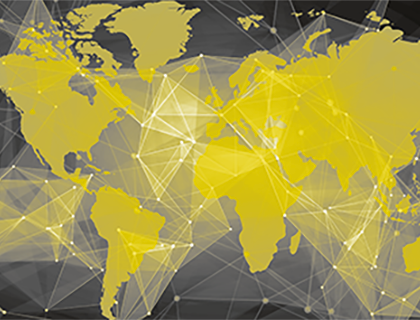 The Digital Divide: How the Internet can empower and propel emerging markets

Since the Internet’s inception decades ago, its far-reaching impact on the world is undeniable. More than 3.7 billion people are now connected around the globe, which has strengthened the flow of information, increased communication, and enabled the growth and success of countless enterprises and industries.

Despite this undeniable impact, a large percentage of the world still does not have access to the Internet, especially in developing countries. This lack of Internet connectivity inhibits individuals and organizations from learning, growing and developing their digital economies, ultimately creating a deep divide between urban centers and rural districts.  In short, many believe that this lack of connectivity may even slow the economic growth in some developing regions.

The second most populated country in the world, India, has only about 30 percent of its population Internet connected. At the same time, it provides an example of how expanding Internet access helps to elevate both individuals and a country as a whole.

In 2001, only seven million people in India were connected to the Internet. Today, the country has over 391 million users. Some believe that this increase in Internet availability has allowed India’s small businesses to realize greater economic achievements. For example, doctors are able to expand the scope of their geographical activities, and students are able to gain access to otherwise unattainable information.  Internet access is also enabling visually and physically challenged students at the Balagangadharanatha Swamiji Blind Residential School in India to expand their educational opportunities. In fact, one student has been so inspired by the ability to learn more through the Internet that he’s now building an app that can help other blind people with health-related information.

It’s a similar story in South Africa, where Internet access is improving, but remains well behind the global standard. Approximately 16 percent of the world’s population lives in Africa, but the Internet serves only about 9 percent of that population.

The roll out of public Wi-Fi in Delft, South Africa is another critical example of how increasing access to the Internet can open up opportunities for many. The expansion of public Wi-Fi has enabled local tech businesses to create jobs in the community, thereby boosting the economy and stemming the outflow of residents who were leaving the area.

Fortunately, new technologies can bring about a resolution to a lack of Internet access worldwide and allow emerging markets like India and South Africa to grow and prosper.

At Delta, we understand the importance of increasing access to the Internet to support these underserved populations through our Delta Smart Grid Network (DSGN™) – a singular, standardized, and scalable network that enables these communities to not only optimize power delivery, but also build out a Wi-Fi network, essentially creating a large hot-spot.

Through this critical Internet access, we are providing the opportunity for these communities to expand education, develop new enterprises and, ultimately flourish.