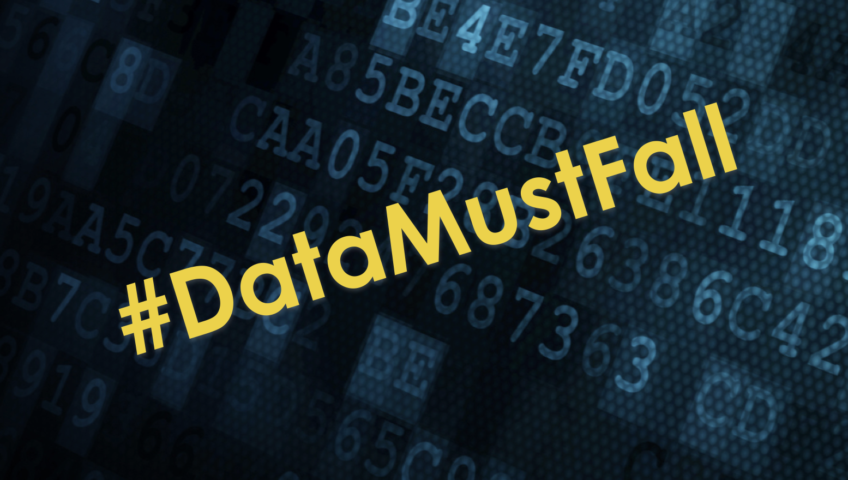 The #DataMustFall campaign is a grassroots movement on social media to draw attention to, and hopefully impact, the high cost of data in South Africa. Since 2016, consumers have been touting their dissatisfaction over the unfair expense of high data prices and the imbalanced effect it has on lower income community members.

In large urban centers, there is a competitive market of mobile networks that users can price shop between—including mobile, fixed-line and fiber—and a slew of internet service providers to choose from. Conversely, in less-connected communities where the majority of the population lives, connectivity is limited to mobile networks only.

The high cost of data in South Africa rivals the expense in comparative countries such as Nigeria and Egypt, and in bordering countries Malawi and Zambia. And it disproportionately impacts poorer individuals. Mobile providers bundle their data packages by size and charge more per MB for the smaller bundles. In this example, while a higher-income resident can buy 1GB of data at R149, the lower income resident has to buy it in smaller chunks to accommodate their available cash flow. So, instead they buy 100MB of data at R29 ten times. This means the lower income resident pays R290 for the same 1GB of data—almost double the price.

The movement has applied enough pressure to initiate parliamentary hearings on the topic and most recently, the attention of South Africa’s President Ramaphosa who is planning to license spectrum in a process to promote competition, transformation, inclusive growth of the sector and universal access. “This is a vital part of bringing down the costs of data, which is essential both for economic development and for unleashing opportunities for young people,” he said, then calling on “the telecommunications industry further to bring down the cost of data so that it is in line with other countries in the world”.

At Delta, we believe internet access should be accessible and affordable for all, and are proud that our Delta Smart Grid Network™ can help facilitate that. To learn more about our offering, check out this section of our website.